Among the trendy neutral colours of 2022, the earth colours are the most protagonists among all nuances of rocks.

When names and contexts referring to natural elements are used to define colours, the brain’s synaesthetic imaginative capacity superimposes other sensations to the objective colour, aroused by the natural elements themselves, which go far beyond the colour; reflections, materiality, texture, the sensation of wet or dry, of opacity or shine, static or motion, involve us and become part of the decorative effect.

It is, moreover, everyone’s experience that different materials can stir us with several sensations at the same time; just think of surfaces such as mother-of-pearl, iridescent and a source of complex colours, or alabaster, a stone that is easily worked into extremely thin and delicate artefacts that become almost as translucent as candle wax.

This world of sensations, this myriad of visual and emotional stimuli surrounds us when we use cladding finishes in our living spaces that evoke the infinite ways of nature.

The “Made in Tuscany” collection also draws inspiration and form from nature, and in particular from Tuscany a region of Italy; Tuscany, so rich in history and with so many nuances. The extraordinary variety of landscapes, light, colours and sensations has given origin to two lines of decorative finishes to satisfy different demands; TERRE ETRUSCHE, its a line more inspired by the countryside of the areas near the sea and PETRA APUANA, which is instead inspired by the foothills and green areas of this beautiful Italian region.

Let’s get to know TERRE ETRUSCHE in more detail.

Viero Decoratives has perfectly recreated a full-immersion in the historical Lands of Etruria, as a tribute to an ancient people known throughout the world for their ability to create undeniable beauty; a beauty still visible today in the splendid Etruscan artefacts.

The decorative finishes proposed in TERRE ETRUSCHE range from iridescent greys to dry, metallic beiges and browns, giving us the tactile and material sensation of rocks from which unique and precious elements such as gold emerge;

Let yourself be captivated by the more elaborated antique gold of ZAMATHI, or the rougher and more natural CLEVSIN; they are the memory of a journey to Tuscany brought alive and creative on our home walls.

ZAMATHI  enriched by the particular decorative frieze, almost an inlay, will be suitable to embellish classic and important furnishing styles, with baroque and soft shapes, and to illuminate the design of interiors where there are dark colours or dark finishes of stone and wood. In large rooms, it will be enhanced to the highest degree on a single wall, the most scenic and representative one, while in small and cosy rooms it can also be used on several walls.

The precious light effect is also guaranteed by the special decorative effect of CLEVSIN in a more homogeneous and uniform finish, which is also suitable for more contemporary and minimalist interiors, as well as for recalling the refined and “fusion” shimmer of oriental artefacts and pieces of art, such as wonderful screens made of painted gold leaf.

TERRE ETRUSCHE offers us several other precious and material finishes.

Gleams of sunset, bronze and rust come to mind when we look at the appearance of VELATHRI, an interesting interplay of even different colour shades, to be used to give complete importance to a wall, placing nearby art objects and paintings in the same shades which will make the final effect complete and vibrant, enhancing it. Reminiscent of rust, this decorative effect will be very suitable in the “industrial vintage” style, very trendy at the moment: leather armchairs and furniture in burnished metal or wood with an aged look will complete the whole.

VOLSINI,  protagonist in its materiality and brilliance, should be appropriately combined with more desaturated and opaque colours in the same shades, to enhance it to the highest degree, but its ideal combination, since it reminds us of bronze, is with the colours of the oxides of these materials, i.e. the range of “oxide” greens, aquamarine, sage and “octanium” colours, those particular points of green-blue that are very current and trendy.

VATLUNA  and PUPLUNA  give us the possibility of using them as a background for a “renewal” of the Country style, more scathing and rustic, as well as the possibility of choosing them as a background for sculptural ethnic pieces, such as those characteristic of the design style known as “Tribal”. Their rough appearance of almost hand dug soil also suits with the industrial style.

Let’s get to know PETRA APUANA in more detail.

Among the new inspirations of made in Tuscany Collection also the decorative line Petra Apuana finds inspiration in the Tuscan landscape, in those immortal, eternal giants that are the mountains.

In PETRA APUANA the collection revolves around the world of neutral finishes.

You can let yourself be seduced by the concrete surface and the scratched and natural look of NATIVO;  the stone as it is when it comes to light, with the irregularities and splits typical of the quarry slab.
If you choose this finish, you will feel as if your house were built directly in contact with the rock: an ancestral yet very modern effect, like those houses “suspended” in nature designed by visionary architects… If you apply this particular effect to an “important” wall of the room, such as the one behind the double bed, or behind the sofa or a hotel or office reception, the effect will be theatrical and absolute.

A very similar decorative effect, but with darker and more enveloping tones, if you let yourself be inspired by LICHENE
where the greyish tones of the stone become shadier and more finely variegated and the texture more uniform; exceptional with modern, designer furnishings, in particular with the “Scandinavian” atmospheres that love to combine grey with white and light woods that warm and illuminate the colder shades.

The abstract and minimalist look of finishes such as BIANCO MARINA is absolutely contemporary, suitable for modern and contemporary furnishings, but also for environments linked to nature and the land, such as the country style, with its most extreme declinations; the seaside style and above all the “mountain style”, the style of chalets; think of it on the base of a fireplace, heated by a crackling fire; what more suitable finishes than those inspired by mountain stones?

TARSIA and FREGIO D’ARTE re-propose the worked and inlaid stonework of the ancient Renaissance palaces. The decorative effect is more modern and minimalist with TARSIA, whose tone-on-tone colours and rigid geometries perfectly accompany trendy styles such as the Contemporary style, or the new style inspired by the Art Deco of city houses, matching perfectly with parquet floors laid in the “French herringbone” (also known as the “Chevron” format). More classic and important is the decorative effect recreated by FREGIO D’ARTE, perfect in classic furnishing contexts and in formal and representative spaces, halls for meetings and events that come back to life perhaps in a renovation of historic buildings.

So let yourself be charmed, fascinated and inspired by the exceptional possibilities of the Tuscany Collection!
What are you waiting for?

Showing of the COLOURS of the “MADE IN TUSCANY collection” 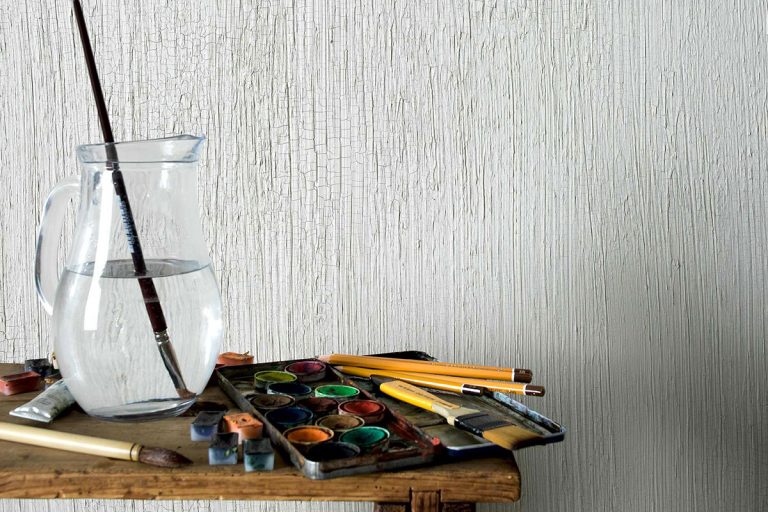 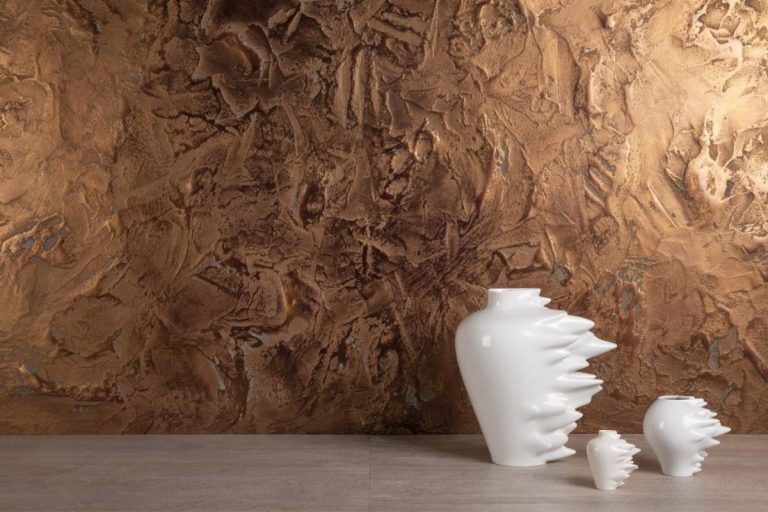